The “Big Chair” was built for Curtis Brothers Furniture Company, which was established in 1926. Bassett Furniture Industries of Virginia constructed it in 1959, based on a Duncan Fife design, with original plans by Leo A. Jiranek. At the time, it was said to be the largest chair in the world. It was made from African mahogany and weighed 4,600 pounds.

In August 1960, in order to promote Curtis Brothers Furniture Company, an idea to have someone live on the big chair was created. A glass company constructed a 10×10’cubicle, furnished with a bed, shower, toilet, heater, air conditioner and balcony. It was placed atop the seat.

All they, needed now was a tenant, whom they found one afternoon when a 19-year-old woman — the Washington Junior Chamber of Commerce’s “Miss Get Out the Vote 1960″ — walked into their store to buy furniture. Rebecca Kirby, then a model known as Lynn Arnold, said she was approached by a store manager who asked if she wanted to earn money living atop the chair.

On August 13, 1960, a forklift raised her to her new home, where her meals were delivered every day and where she watched TV, read books and talked on the telephone. Every few hours, she would slip out onto the balcony to wave to crowds drawn by newspaper and radio ads that invited them to see “Alice in the Looking Glass House”. She remained in the glass house for six weeks and then, growing tired of life above, she decided to return to earth.

Today, an exact replica of the original chair crafted from 2,500 pounds of aluminum and reaching more than 19 ½ feet high was installed to join the renovated buildings on Martin Luther King, Jr. Avenue – current home to the D.C. Lottery Board, the Anacostia Professional Building, General Dynamics and many other tenants.

The Curtis family of businesses has been part of Washington D.C.’s landscape for more than 80 years—steadily building a foundation of commercial, residential and retail property investments. Today, their passion for excellence and longstanding commitment to the community are testimony of hard work, integrity and a belief in the area of Washington, D.C. 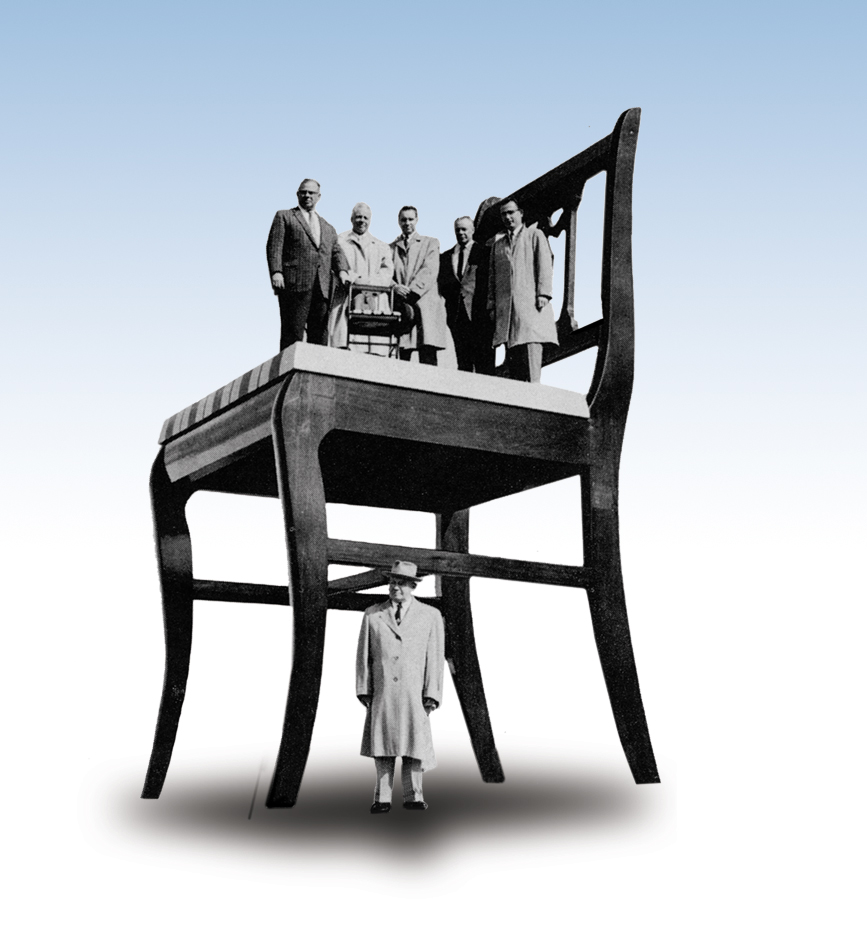